Programming of microcontrollers and more 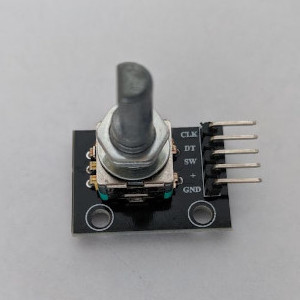 What is an encoder?

The external appearance is similar to the potentiometer. And it is very easy to confuse him. However, his principle of operation is completely different. So how does an encoder work? In a very simplified way, this picture shows:

Now let’s look at how the waveforms look on the detector:

Thanks to these two detectors A and B, and the displacement of openings on the disk in relation to each other, we are able to check in which direction the user turns the encoder.

And how does it look in practice?

I ordered the encoder module on one of the Chinese auction portals. It cost me $ 0.49 then.

Unfortunately, the seller did not provide the documentation along with the module. That’s why I drew the connection diagram myself:

Resistors R1 has a value of 10 kΩ , R2 = 10 kΩ , R3 = 10 kΩ. The CLK and DT signals are signals informing about the encoder rotation. The SW signal indicates when the encoder is pressed.

Here are the waveforms I observed:

How to connect an encoder with a microcontroller?

In my case, I connected the encoder module to the ST NUCLEO-L053R8 PCB.

The program for handling the detection of the encoder’s rotation is best based on interrupt handling from digital inputs. In my case the software written in Atollic looked as follows:

The software skeleton was generated in CubeMX. In my case, interrupts from PC10, PC11 and PC12 are handled by the same interrupt.

The analogous situation will be when the encoder is turned to the left.

As you can see, the principle of the encoder operation is quite simple. His program support is also not complicated. Therefore, the encoder can be used in many projects. 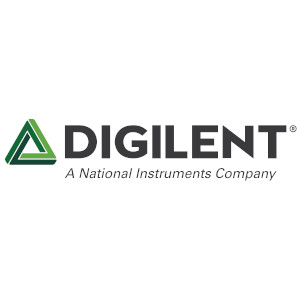